Blackburn with Darwen, Thursday 6th July 2019: Blackburn Centurions, Blackburn with Darwen’s performance swimming club won their last meet at Blackpool Palatine Centre after a series of three meets. The swim team competed at Darwen, Lancaster and Blackpool winning 2 of the 3 meets and a 3rd place to finish top of the league 59 points clear of Fleetwood. Both Blackburn and Fleetwood teams are now promoted to division one where they will bid for the overall championship next season. They will replace Chorley and Clitheroe who were relegated.

Blackburn Centurions beat other teams from Preston, Blackpool, Leyland, Garstang, Ormskirk and Lancaster on their way to the title.

Head Coach of Blackburn Centurions, Darren Newsham, from Darwen, said “What a fantastic result for the club, the Swim Team and the borough of Blackburn with Darwen. The team have worked so hard throughout the season to achieve this result and they deserve all the recognition and praise they get. We are so proud of our team and we look forward to pushing on next season to bigger and better things. This result is a real credit to their hard work and dedication”

“Blackburn Centurions is not only developing a reputation for developing and nurturing swimming talent from across the Blackburn with Darwen Borough but also now stamping it’s authority on the swimming map. I have to thank the whole team which includes the Swim Team but also all the committee members and parent volunteers that have been huge contributors to this success. Unlike many swimming clubs nowadays, we are purely volunteer-driven, and this shows the strength that we have. This strength comes from people who are passionate about the success not only of the individual swimmers but of the club. We have a moto ‘#BeACenturion’” says the Chair of Blackburn Centurions, Nick Hartshorne-Evans.

Blackburn Centurions, based at Darwen Leisure Centre is a competitive Swim England affiliated and SwimMark Essential Club, the only in the Borough of Blackburn with Darwen. Swimmers compete and represent Blackburn Centurions across many competitive events where swimmers gain ASA times to qualify for County, Regional and National Championships. To contact the club for further details please email info@swimblackburncenturions.co.uk 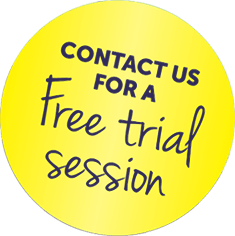