Blackburn with Darwen, 23rd April 2018 : Today Blackburn with Darwen’s competition swimming club Blackburn Centurions announces the club’s two “MicroLeague Northwest” captains for 2018. The objective of the League is to encourage competitive swimming for young swimmers between the ages of 9 and 12 years, and to determine which team will go forward to represent The League in the Arena Junior Inter League Competition during that year. This team will be awarded the “North West Micro League Trophy”, which will be held for one year. 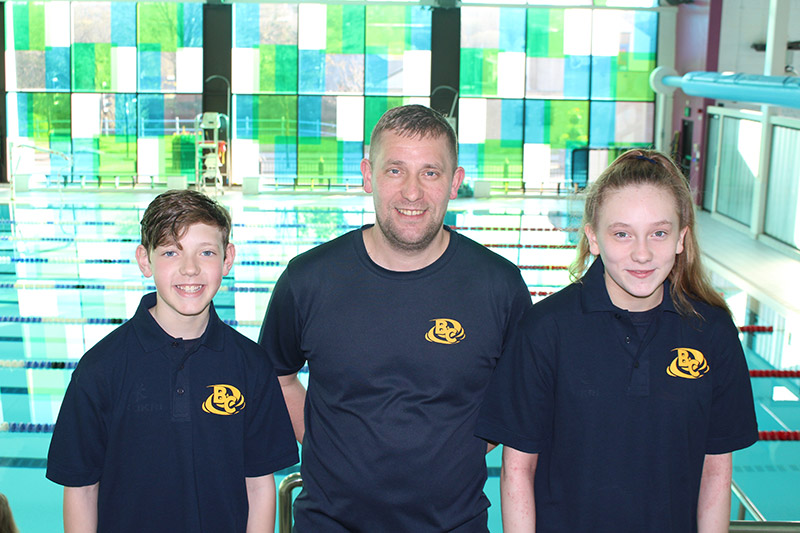 Nick Hartshorne-Evans the new Chair of Blackburn Centurions comments that “Blackburn Centurions is renowned for its support at poolside and raising the roof of many a pool around the North West with its superb team camaraderie. Swimming is often regarded as an individual sport and this league is a great way of building team and club spirit and forming lifelong friendships. The club is focussed on developing and nurturing leadership skills and we wish Ethan and Holly all the best in their role.”

Blackburn Centurions, based at Darwen Leisure Centre is a competitive Swim England affiliated and SwimMark accredited club. The MicroLeague is one of a number of competitions in which the club participates. The club trains at Daisyfield swimming pool Monday and Tuesday and at Darwen Leisure Centre Wednesday, Friday and Saturday. To contact the club for further details please email info@swimblackburncenturions.co.uk